Dre and Nate been best buds since way back in the day.  How far back? Let’s just say Jay-Z  had only one problem.  As the only cat on the mean streets of Brooklyn, Dre developed lighting fast strikes to best the brawny dogs of the hood. Nate, runt of the litter, grew up scrappy learning to cut deals to avoid beatings.

These two aimless animals always looked out for each other with nothin’ to look forward to.  Until, that is, Dre got caught on camera, taking out a couple of muggers stealing from an old granny.  The video went viral, and a couple of recruiters from ZooFC, the country’s biggest Mixed Martial Arts league, showed up and whisked Dre off to the fight capital of the world, Los Vegas.  When they handed him a contract, he only asked for one thing, his best friend Nate. 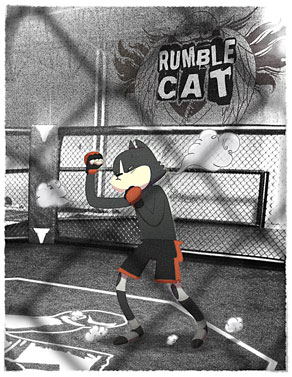 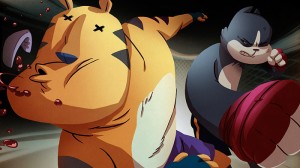