Tripp Speedman, a 21st Century Ferris Bueller, thought his big city life was all planned out. That is until his celebrity parents, Brandon and Attie (AKA ‘Bratty’) are recruited to be spokespeople for an off-world terraforming colony. Tripp now brings his planet side cool to the culture-starved locals in the bumpkin quadrant.

He figures, “if you can’t beat ‘em, school ‘em.” Being in such a remote location and disconnected from Earth, colonists are incredibly receptive to new ideas and pastimes. As a result, Tripp’s latest scheme usually catches on quickly and then mutates into something entirely unexpected when the colonists put their off-world spin on it. 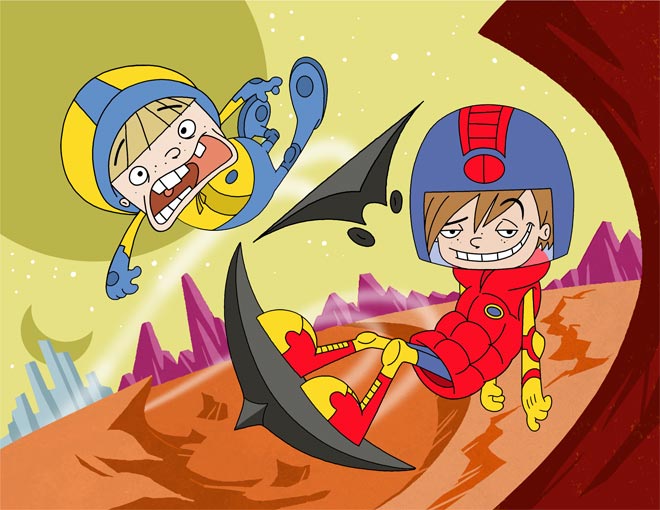